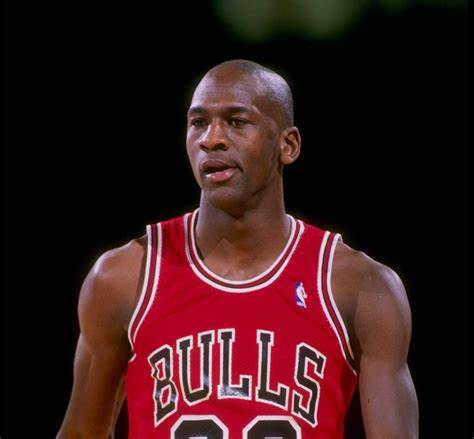 Jordan joined the Bulls in 1984 as the third overall draft pick, and quickly emerged as a league star, entertaining crowds with his prolific scoring while gaining a reputation as one of the game's best defensive players. Jordan won his first NBA championship with the Bulls in 1991, and followed that achievement with titles in 1992 and 1993 but suddenly retired before 1993-94 NBA season to play Minor League Baseball but returned to the Bulls in March 1995 and led them to three more championships in 1996, 1997 and 1998, as well as a then-record 72 regular-season wins in the 1995–96 NBA season. He played 15 seasons in the NBA, winning six championships with the Chicago Bulls earning NBA Finals Most Valuable Player (MVP) Awards.

In 2014, Jordan became the first billionaire player in NBA history. With a net worth of $2.1 billion, he is the fourth-richest African American and the richest former professional athlete in the world.

His leaping ability, demonstrated by performing slum dunks from the free throw line in Slam Dunk contests, earned him the nicknames "Air Jordan" and "His Airness".

In 1984, Michael Jordan signed an initial contract with Nike worth $500,000 annually and this helped transform Nike and led to an earning of over $1 billion for Michael as he fuelled the success of Nike’s Air Jordan sneakers becoming the biggest endorsement bargain in sports.

Can we imagine the costing system which may be applicable to keeping the records of the sales of the Air Jordan sneakers?

The following budgeted figures relate to a Nike factory that produces the Air Jordan sneakers.

Overheads are absorbed on a budget production basis and inventory is valued on a FIFO basis.

Posted by The Training Place of Excellence at 10:33