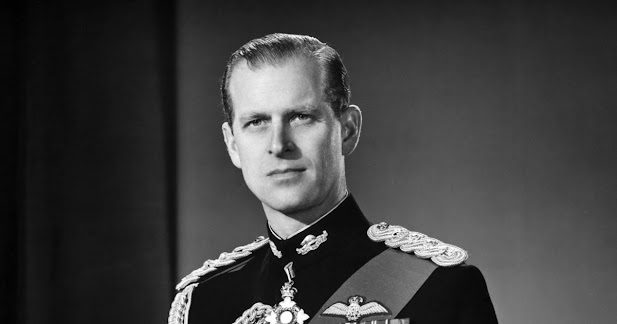 Born in to the Greek and Danish royal family, he was exiled from Greece when he was 18 months old. After educating in France, Germany and Scotland, he joined the Royal Navy at the beginning of the second world war. He was one of the best cadets in his class, and he quickly ascended the ranks within the Navy. In October 1942, he became first lieutenant of HMS Wallace, at 21 years old one of the youngest first lieutenants in the Royal Navy. He was present in the Tokyo Bay aboard HMS Whelp when the Japanese surrendered, formally ending World War Two. Philip returned to the United Kingdom on the ship in January 1946.

Queen Elizabeth first met Philip in 1939, when she visited the Britannia Royal Naval College, where Philip was completing a term as a cadet. They began exchanging letters with each other, and the soon to be Queen fell in love. After returning from the frontline, Philip asked the King for his daughter's hand in marriage. 1 year later, in 1947, he abandoned his Greek and Danish royal titles, marrying Princess Elizabeth and becoming the Duke of Edinburgh. When Elizabeth became Queen, he became her royal consort, accompanying her to ceremonies such as the State Opening of Parliament in various countries, state dinners, and tours abroad. He is the longest-serving royal consort to any British sovereign.

He devoted much of his time to charity. Philip was patron of some 800 organisations, particularly focused on the environment, industry, sport, and education. Notable ventures included being the UK president of the World Wildlife Fund and setting up the Duke of Edinburgh award, in order to give young people "a sense of responsibility to themselves and their communities".

Prince Philip served courageously in the armed forces during the greatest threat to the nation, before devoting his time to his beloved wife, and various charitable organisations around the world. A truly great man and a great Briton- may he rest in peace.

Posted by The Training Place of Excellence at 15:37 No comments:

An important key to long term success is your dedication to continuous improvement. This will lead to your increased productivity and a conscious awareness of the need to set clear, specific goals for each area of your life.

Have a clear head and make sure you are taking a step at a time and gaining more and more skills and knowledge.

Be at your best at each stage you get to in your life, be determined not to make excuses and don’t accept slack.

Posted by The Training Place of Excellence at 10:56 No comments:

A message from the Training Place

Our hearts and our condolences go out to our students and everybody out there that has lost a loved one. We've all been through this pandemic but thankfully, we've kept our heads held high and not let it get us down. We would like our students to join in the with us, and the rest of the country, in the one minute's silence at 12 noon.

Posted by The Training Place of Excellence at 11:00 No comments:

JTM Ltd is looking to calculate the unit cost for one of its products. It needs to calculate an overhead absorption rate to apply to each unit. The methods it is considering are:

The factory activity forecast is as below:

(i) Complete the table below to show the possible overhead absorption rates that JTM Ltd could use.

Posted by The Training Place of Excellence at 11:16 No comments:

Posted by The Training Place of Excellence at 11:41 No comments:

Posted by The Training Place of Excellence at 16:19 No comments:

Your Happiness is Important

YOUR HAPPINESS IS IMPORTANT

What makes you happy and what does happiness mean to you?

Some people will believe that making people happy will lead you to being happy! Is that a myth?

There has been a lot of challenges and deem issues that so many people would have been dealing with especially as we work through several lock downs and restrictions which pose their own challenges in the midst of confusion.

Amidst all doubt, reluctance, unwillingness; it is important to seek happiness and a balance in wellness and mental health.

Take the needed second step in setting out a plan on how to execute your happiness.

Take the needed next step in taking action to execute your plan.

We will like to encourage you to identify, plan and execute. Take it a step at a time and move forward towards attaining happiness and be SUCCESSFUL.

Posted by The Training Place of Excellence at 15:32 No comments: